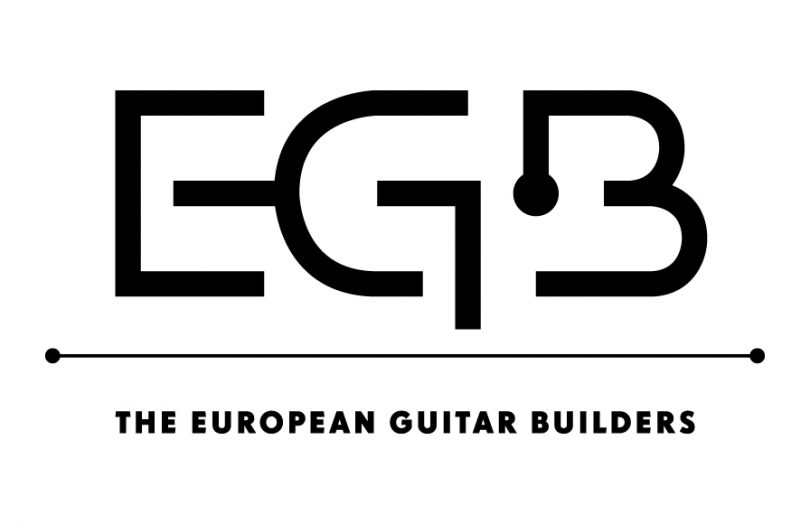 Over the last few years, there’s been a tremendous increase in how hand crafted guitars are valued and portrayed. Whilst many of the larger guitar and trade shows around the world are now dedicating special areas for boutique hand-built guitars, the EGB (European Guitar Builders) are streets ahead in underlining the importance and preserving the skills of luthiers throughout Europe.

I talk to the association’s Executive Director Tania Spalt about the EGB and The Holy Grail Guitar Show held in Berlin.

The idea started floating around at the Montreal guitar show in 2012 when my husband Michal Spalt, also a luthier himself,  began talking with a few guitar makers about how to increase awareness of hand built guitars. It was quite evident that there was a need for a guitar show dedicated to custom guitar making. These incredibly skilled craftsmen were getting increasingly unhappy with the larger trade shows where the best stands were far too expensive, and the smaller guitar maker often had no choice but to be along the back wall in a confined space or the corners of the halls. It was time for a change.

Michael and I lived in the USA for a long time and we loved the togetherness we had with other luthiers, we missed this community feeling when we came to live here in Austria. There really wasn’t any way we could connect with guitar builders in Europe. So in October 2012 Michael invited a host of guitar makers to Vienna just to discuss the idea of a possible guitar show dedicated to European guitar makers……the response was astonishing.

We didn’t realise what we were getting ourselves into,” laughs Tania. “We registered the EGB Association and in 2013 invited about 20 guitar builders to a hotel in Berlin where they all brought one of their guitars to show. It was a press conference with a difference with musicians playing and a great atmosphere. It soon became apparent that with all the enthusiasm and interest from the luthiers that attended and feedback from those within Europe, this was developing into much more than a regular guitar show. This then grew into the now world famous ‘The Holy Grail Guitar Show’ in 2014, held in Berlin’s Estrel Hotel, with 135 luthiers from around the world attending and the largest project so far undertaken by the EGB.

This show of course is a very important platform for luthiers to show their skills,  but it’s not only aimed at endorsing themselves, it’s also to promote the art of guitar building, which we at the EGB are extremely passionate about.

One of the most important principles is that all the luthiers are treated fairly and equally. It doesn’t matter if they are famous or not, have a lot of money or are just starting out. Unlike some of the big trade shows, they all get the same floor space, and no one is allowed to have any big booth designs or banners. Each year, the feedback is that the luthiers love the fact that, apart from talking to potential customers, they can also talk to each other and share construction ideas and skills, there are no secrets at the Holy Grail Guitar Show.” Having personally been in attendance at the Holy Grail Show twice now, I can say it’s a million miles from a table top, walk-about guitar show. The EGB have strived to add innovative and seriously good projects along the way. The Local Wood Challenge for example.  Tania explains all.

“The popular Local Wood Challenge was new for the 2016 Holy Grail show and a mission for luthiers to build a guitar from wood that’s only local to them. This has proven popular as an on-going project for The Holy Grail Guitar Show and as we have exhibitors from all over the world, guitars can be made from tropical or non tropical woods, it depends of course where they live. In India or South America they might use woods that are indeed tropical and local to them.

We also wanted to make the guitar players aware of how the woods can be so different visually and sonically and, for the luthiers to try something a little unusual that maybe outside their comfort zone. In 2016, 27 luthiers took on the wood challenge, it’ll be interesting to see how many we have for 2018.

The EGB also considered how important it is to maintain and preserve the history of guitar making itself, so we have a venture we call the Historical Project. This is dedicated to lutherie over the years and guitar makers themselves who should be honoured within the art of guitar building and the history of the guitar in Europe as well as worldwide.

The Historical Project also combines traditional and modern methods within guitar building, the older designs along with the exciting and outrageous for example, this is a mix that works very well at the Holy Grail Guitar Show.”

Whilst the Holy Grail Show is all about showcasing a mix of tradition and modern guitar making methods and the rich legacy of lutherie, I ask Tania her views on modern machinery with hand built guitars.

“It’s very important that we should not forget about the guitar makers who have come before us, this is a topic that the EGB is very passionate about,” explains Tania. We’ve had a lot of interesting discussions about the use of different terms like ‘hand-crafted’, ‘original’ and ‘boutique’, the latter of which is the most used, even one of the biggest names in guitars now make boutique models.

So the question was how do we describe the art of hand-made guitars which, in many cases, does mean totally hand-made without machines especially the acoustic guitar makers, whilst other guitars ‘made by hand’ involve CNC machines. Now we have 3D printed guitars by someone who doesn’t necessarily have any knowledge of building a guitar from scratch and by hand.

What I like about the EGB is that all these topics are discussed in the community in all their complexity. There are a lot of luthiers that share common questions, like how to make a living in the guitar building business.

For example, I had a really interesting conversation with a guitar builder about how luthiers cannot rely on steady incomes. Some months of the year they might have more orders than they can handle, then none the next month. He was surprised as he thought he was the only one in this situation. The EGB offers a platform for exchange and support with all these issues. One of the subjects that came up was that there are incredibly talented female guitar makers around the world and we have a few attending the show.  In general, there aren’t that many. To highlight this as well as the fact that female musicians are still also underrepresented the EGB started a special project in 2017. The Community Build Project is bringing together groups of luthiers, who together are building three instruments for three female players.

There are so many questions to ask, like do they want a smaller, lighter body or a small profile neck? You can’t just make these assumptions, so let’s find out. We invited three musicians Jackie Bastek, an acoustic player Julia Hofer, playing the bass and Elena Todorova, who plays electric guitar. These ladies are experts for their own instruments and are deeply involved in the construction of the guitars. It’s been a lot of fun and we are curious to hear and see the results which will be presented at this year’s They Holy Grail Guitar Show.”

Applications for the Holy Grail show come from all over the world, so to keep the exhibitors as varied as possible, the EGB invariably shuffle the cards from time to time. Tania explains,

“We like to have a balanced display of acoustic and electric instruments, so the invitation committee also looks at the applicants, their origins and what type of instruments they make for example. They invite on a rotation basis so the visitors and potential buyers have a varied experience of all kinds of lutherie.

It’s incredible to see how much has been created from just an idea only a few years ago. Now the concept has been picked up by other shows, like the Boutique Guitar Showcase at NAMM, and EGB members can be seen exhibiting together at various events, like the Guitar Summit, the Bass Guitar Show in London, or the Musicshow in Milan.

The EGB Membership is now close to 200 and many who are not exhibiting this year are travelling from far and wide just to be at the EGB Symposium and the Show. For me, personally, the EGB and the Holy Grail Guitar Show are all part of an incredible journey, I don’t build or play guitars but working as the association’s Executive Director is tremendously rewarding and I’m making new friends literally from all over the world.”